Letâ€™s be honest; most of us dream of being big music stars or rock guitar legends. Itâ€™s an awesome career: not only do you get to party exceedingly, you also get to change your passport to read â€œrock god.â€

Sadly, itâ€™s a killer industry to break into. For every talent discovered on YouTube (like Justin Beiber) you have thousands of others trying to just get noticed. For those of you who canâ€™t afford to invest in studio time, hereâ€™s a guide to breaking into the industry on a strict budget, including tips on recording professional-sounding music with an affordable home recording setup! 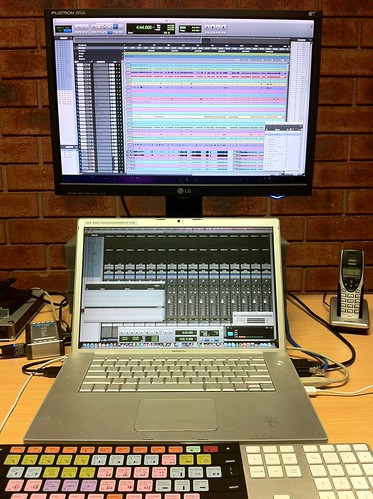 Weâ€™ll level with you: you can record and release music for very little money, but thereâ€™s going to be some initial outlay. Unless youâ€™re content to just sing into your computerâ€™s onboard microphone and become the next unintentional viral sensation, youâ€™re going to have to get the equipment.

The good news is itâ€™s cheaper than studio time. Like, a lot cheaper.

Software like ProTools, Cool Edit Pro or Traktor can be downloaded at low-ish cost and make a hell of a difference to your output. But even something as simple as Garageband can be utilised to, if not exactly set the world on fire, at least showcase your potential. If youâ€™re stuck using something lo-fi, play to its strengths: record some pared-down stuff, add as few effects as possible and promote that raw quality as something deliberate. The music world isnâ€™t all autotune and big budgets. Believe it or not, some people love that lo-fi sound.

Make Your Own Recording Studio 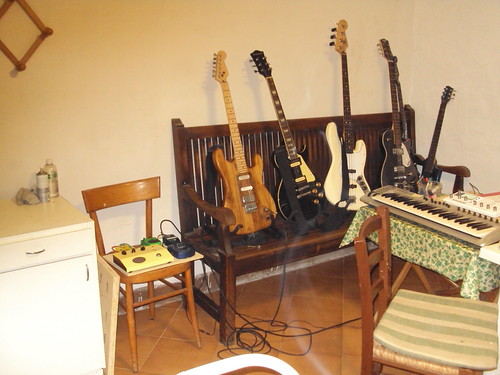 Hereâ€™s a little story: one of my oldest friends started recording music in a spare room roughly the size of a wardrobe. All told, you could fit maybe three people in there, a desk, a microphone, computer and speakers. After living with that setup for five years, he now composes soundtracks for video games and routinely works with hundred-piece orchestras to get his sound. So working on the cheap is not impossible, you just have to figure out where you can compromise.

Youâ€™ll need at least a decent microphone (seriously, donÃ­t skimp on that), pair of speakers, headphones and an audio interface; along with some DIY soundproofing. You can set something like this up for as little as $500 (Pro Tools LE even comes free with some audio interfaces). Start saving now!

You live in the internet age; thereâ€™s no excuse for not promoting yourself like crazy. Get online, get an official site, twitter and Facebook page; then set about getting as much attention as possible. If your band plays local gigs, hand out flyers directing people to your site. If you havenâ€™t reached that stage yet, do it all online. Sign up to either Soundcloud or Bandcamp (or both) and get people listening. Demonstrate your work on YouTube, iTunes,â€¦ anywhere that will take it and make it visible to others.

In addition, you can come up with offers to get people interested. Send out merchandise, for example. Always keep smashing away at it and someone will take notice; even if it only takes you as far as playing at local bars, itâ€™s still a major step up from jamming in your room, wondering why the world wonâ€™t take you seriously. 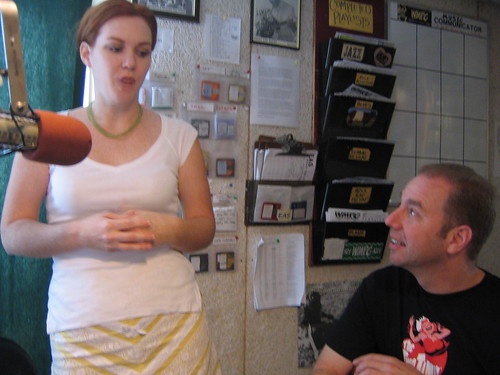 When youâ€™re ready to make that next step, youâ€™re going to want a producer.

Believe it or not, it doesnâ€™t have to cost the Earth.Â Many producers will take a significantly reduced fee if they think youâ€™ll hit the big time, in return for a later cut in sales. Others are just starting out themselves and are looking for new talent to sign. Either option works: just do your homework. Check the Music Directory, find out who produces the work of bands you admire, and send them demos. Be polite and respectful, but be relentless. Eventually youâ€™ll find someone willing to take a chance. Once you do, youâ€™re well on the way to finally cutting a real album.

For information on turning your home setup into a professional recording studio, check out Disc Makerâ€™s FREE guide: