There are some things about the music business, or any creative profession, that are accepted by pros, but scare the hell out of amateurs. In fact, these things are so terrifying that they actually keep people from attaining “amateur” status. 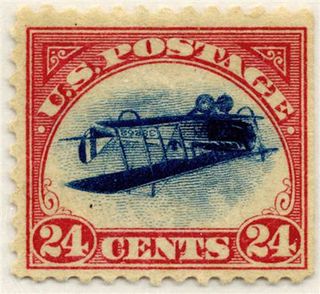 Mistakes are part of the process and any pro musician knows this. For example, you do a gig and you blow it.

How many gigs have you done like that? You either screw up the marketing of it and nobody shows or, even worse, people do show and you fail to give your very best performance.

If you can’t think of one, you’re not playing enough gigs. It happens…even to the best musicians.

The same thing for criticism. If you’re reaching enough people with your music, you’re going to be criticised. No matter how good you are, there will be people who won’t like what you’re doing.

Do you know the top selling (non-compilation) albums of all time?

Personally, I love two of them, I can take or leave one, and there are two I don’t care if I ever hear again. Nobody loves everything. That’s how these things work.

If you’re not getting criticized, you’re either not reaching enough people or not taking enough chances.

I think it’s funny when I’ll watch a music video on YouTube and some anonymous guy in the comments section will say something like, “He’s been the worst artist of all time” or, even more funny, comments about an artist not even associated with the video. For example, “METALLICA RULEZ!!!!” posted in the comments of a Justin Bieber video.Â

Both mistakes and criticism have more bark than bite. One you lived through a few mistakes or been harshly criticised, you find this out. The problem is that fear keeps most people from getting that far, so they never learn that lesson.

There is only one official rule to Rejection Therapy, which is to be rejected by another person at least once, every day.

But it has to “count.” This means that you’re out of your comfort zone. Also, your request must be denied at the time of rejection. In additon, you must be in a position of vulnerability, which is exactly where you’d be when releasing your art into the world.

The bottom like is, like anything, the more experience you have with being rejected, the better you get at it. While it may never be painless, it will become easier to navigate.

With that said, the main benefit of doing something like this isn’t to avoid pain. What you want is to be more fearless.

How to get rejected in the music business?

The answer is with ease, knowing that not everybody likes everything and “rejection” simply means you’re doing a good job of putting yourself (and your music) out into the world.