The cross Atlantic duo of Aliano & Jakk Wonders release a new EP titled ‘The Park B Sides‘ which consists of various recordings from the Los Angeles rhymesayer over the South African producers beats. The project packed with 10 tracks includes cuts from Sample Kubrick and cameo from DJ FredOnes and Rhinoceros Funk along with the single ‘The Home Team‘Â which originally premiered on DJ Eclipse’s “Rap is outta Control” on SiriusXM. 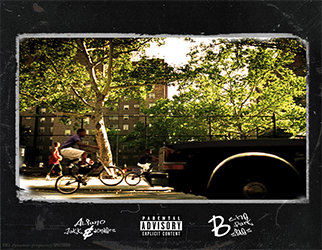