Shateish is a soulful blues R&B singer from Portsmouth, Virginia which is home to many legendary greats; like Ella Fitzgerald, Missy Elliot and Nicole Wray. Shateish has paired her commanding powerful vocals with Grammy award music producer Nottz and his vehement beats to conceive a unique and dynamic Hip-Hop/Blues vibe for her introductory EP The Re-Awakening.

Throughout her burgeoning career, Sateish has been featured on several Nottz underground classics:Â  such as “Still Here” by Scarface, “Bloody Moon” by The Game, â€How Many Tears?â€ featuring Pusha T and â€œTruthâ€ by Blu & Nottz. 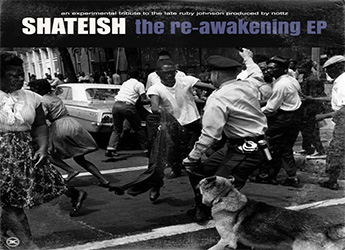