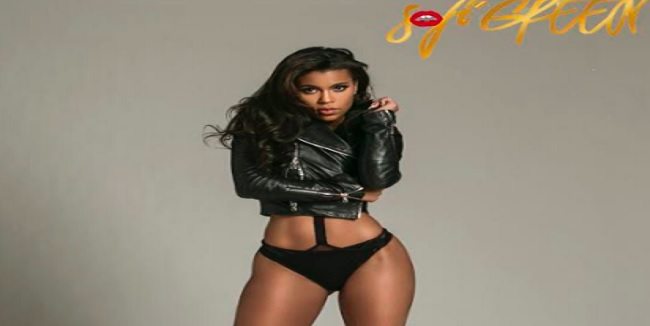 As 2016, comes to a close, Sofi Green graciously welcomes 2017 with a slew of new projects up her sleeve. Debuting Nov 28th, Ms. Green will make her first of many appearances on LHHNY. As a character this season, Sofi focuses on her artistry and being a focused woman in the music business. She’s letting the world know she’s serious about her craft and fans can expect music videosÂ regularly. In fact, she’s gearing up to release her original freestyle, “Whip Yo Head..” next week. The full-length freestyle will be released Nov 21, 2017.

“Love and Hip-Hop was so much fun to tape because as an artist, I was blessed with a ginormous platform to showcase my artistry to the world. Being able to have fun without any filter, to perform, rap, and be vulnerable all on one platform is beyond rewarding. Opportunities on this level are the ones that propel you for greatness when you have something that’s ready to share.. “Â – Sofi Green

A native of Washington DC, Sofi currently resides in BKLYN. Sofi is the quintessential artist that’s outspoken & fashionable.Â Musically, Sofi is an evolving piece of art with a unique mash-up style of hip-hop & pop music. While prepping her highly anticipated EP tittled â€œMinny Jacksonâ€ Sofi will finally give the world her version of musical pie.

Fashionably, Sofi is a force to be reckoned with. She remains the “only” artist that Sarah Jessica Parker’s stylist has worked with. Sofi was featured on Vogue’s style website after shooting “Film Noir,â€ plus recently shot with MAC makeup and Patricia Fields.Â Gracing the screen as an on air personality for MTV Jams and Taxstone’s, Tax Season, she is now taking her talents to the heavilyÂ viewedÂ reality show Love & Hip Hop NY, where she is recording music & enhancing her brand.Â In addition to the VH-1 show, Sofi will be performing live, creating a jewelry line (ETOILE VIE), and dropping her debut EP early 2017.