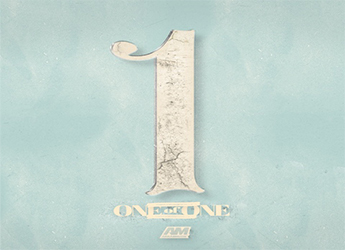 araabMUZIK is a Producer/DJ and brand ambassador from Providence, RI, who brings the element of live performance to the electronic, dance and Hip-Hop music world. He has hypnotized festival goers with his fast moving hands and the ability to turn his AKAI (MPC) drum machine into an instrument made just for him. Aside from touring with A-Trak on his Gold Gone Wild tour he has been busy collaborating with new artists and established producers within Dubstep, House, Trance, Trap and Hip Hop creating a new sound that will be introduced with the release of his new EP, One of One, and upcoming tour. Born into a musical family, araab learned to play the drums when he was three and by ten he was playing the piano and producing.

araab rose to fame in 2006 when he started beat battling on the MPC. Duke Da God made the discovery, affiliating him with the Dipset Label. He made a name for himself producing hit records for the Dipset. In 2009, Araab produced four tracks for Camronâ€™s Crime Pays album (which peaked at #3 on the Billboard charts, including #1 on the Rap Chart), including the standout â€œGet It In Ohio.â€ Araab would go onto contribute to numerous Dipset projects; including Jim Jonesâ€™ Capo and producing the majority of Camron & The U.N.â€™s Heat In Here Vol. 1 and Cam & Vadoâ€™s Gunz nâ€™ Butta.

araabMUZIK is a talent who’s only competition is himself. The MVP of the MPC!! His new project appears on the heels of his recent Dream World (2016) debut album and his collaborative project with Joe Budden Rage & The Machine; which simultaneously debuted at #1 on the Rap charts at Billboard and iTunes.

Today, araab releases the first single, â€œWanted,â€ from his One of One EP via an exclusive premiere with Hotnewhiphop.Â  â€œWantedâ€ is the gateway to the next level of my careerâ€ araab stated to Hotnewhiphop confidently. Â â€œThe One of One EP will leave no araabMUZIK fan confused about where Iâ€™m heading artistically. The MVP of the MPC is here to stay.â€

Tracklisting for araabMUZIKâ€™s One of One EP: