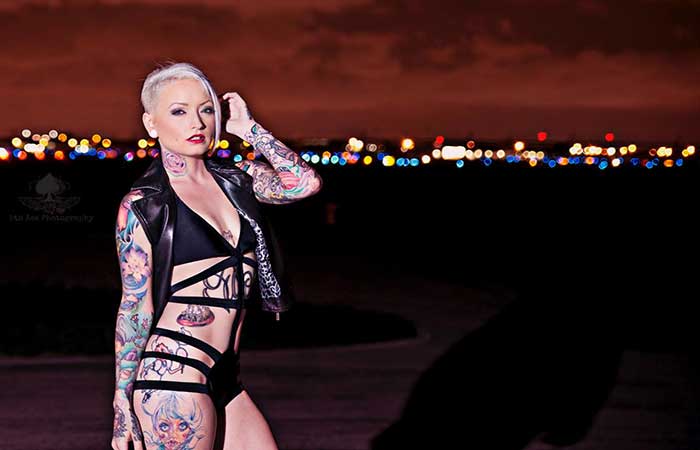 Vany Vicious is the top social media model that does not follow the status quo. She has been featured on pages of more than 10 magazines and outletsÂ such as InkedMag, F*ck Society, The Ink On Me and Angels Playpen.

TheÂ beauty has a large following reaching more than 3 million peopleÂ online. She is definitely her own brand and proves this with her online store where she sells everything from prints, posters, t-shirts, shower curtainsÂ to bed sheets. Vany took some time to answer a few questions which helped me learn more about her.

JL: Can you tell me where you are from?

Vany: Born & Raised in the county of Dade! Haha, Miami.

JL: It is difficult not to notice your tattoos. How old were you when you got your first tattoo?

Vany: I was 14 when I got my first, it was my birthday gift from my dad.

Vany: Seeing my dad get tattooed growing up, I was always intrigued.

JL: Which of your tattoos is most special to you?

Vany: Portrait of my brother on my ribs.

JL: How many tattoos do you have and what is the most interesting location of one of them?

Vany: I donâ€™t know how manyÂ I have anymore. lol. Way too many to count. I guess the most interesting location is on my face next to my ear. 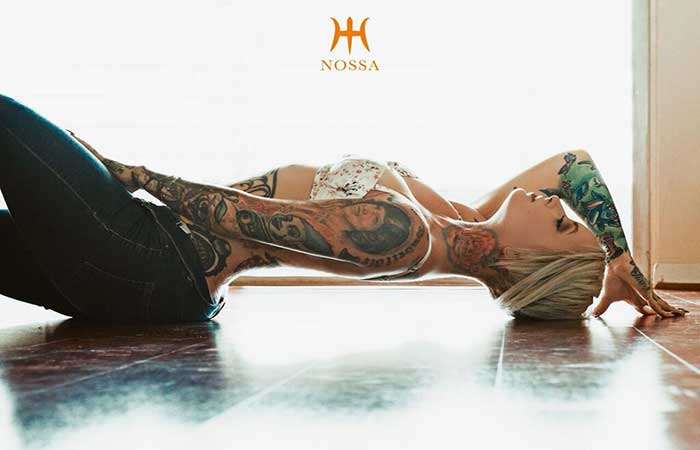 JL: Is there one tattoo that you regret getting?

Vany: I have a few Iâ€™d like to laser, I got them really young.

JL: What do your parents think of all of your tattoos?

Vany: At first, they hated it. Now they show me off to their friends.

JL: With a body like yours we know you work out. How many days a week do workout and what is your favorite exercise?

JL: I know this is random. Has anyone ever told you, you resemble Gloria Estefan?

JL: How long have you been modeling?

JL: Did you model before you had tattoos?

JL: What other interests do you have outside of tattoos and modeling?

JL: Whatâ€™s the biggest misconception people have of you?

JL: What do you say to those who may say that you contribute to the objectification of women?

Vany: Fuck off unless youâ€™d like to pay my bills, haha.

JL: Is there a motto or mantra you live your life by? 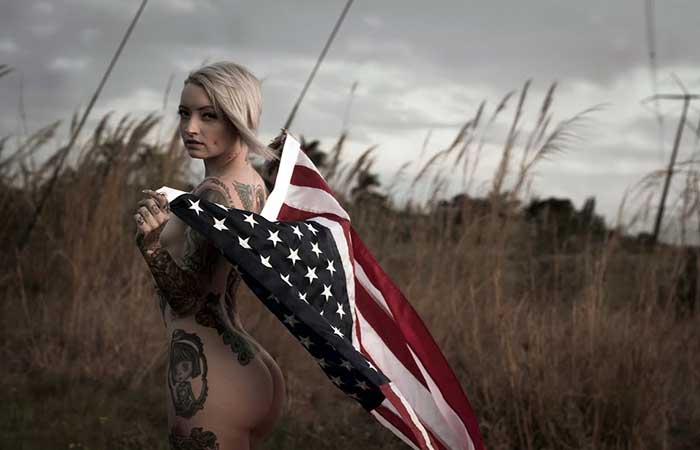 JL: What is something that not many people know about you?

JL: What is one of your biggest fears?

JL: What must a guy do If he wants to date you?

Vany: He must be my boyfriend Jake Brutal Bostwick.

JL: What one thing have you not done in your life, that you would like to?

Vany: Sky dive, bungee jump, buy a house, drive a lambo, travel the world.. lol. the list goes on and on