D.Horton is back with his latest album titledÂ “The Sessions” 2.

Mississippi’s quickly rising D. Horton looks to educate and entertain with his latest project “The Sessions 2“. From the first words voiced on the project, “What if you were God?”, it becomes apparent that David Horton is going to use the album as a space for some serious creativity. Throughout that is the case with Horton baring his soul on records like “The Offer”, which see’s him go before God to make a “major decision”. This is offset by records like “Third Base” which allows the lyricist to flex his pen skills alongside another lyrical craftsman in King Los.

From top to bottom the 16-track offering raises questions about politics, spirituality, love and self worth. From a creativity standpoint, he really separates himself from a vast majority of rappers that are in the same stage in their career as D. Horton. Features include the aforementioned record with King Los as well as Shar J, Cadillac Pac and Christina Marie. KT Got Beats handles the bulk of production with New 1 Message, Joe Dent, Trell Got Wings and Beats by KD all chiming in as well.Â Stream The Sessions 2 below and purchase via iTunesÂ here. 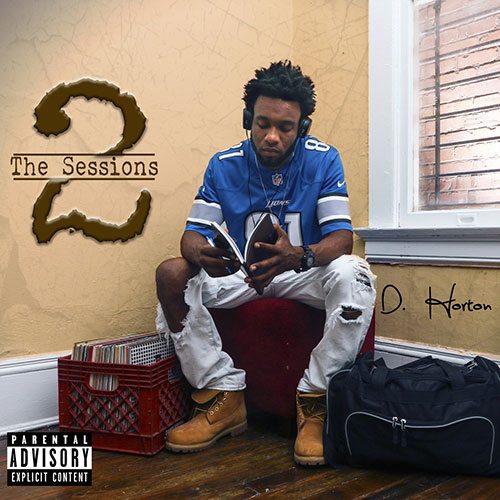