5 hours ago
J.Lately Is Up Early Cooking “Breakfast” With Release Of New Album
1 day ago
D Flowers Releases Video For “In Yo Dreams”
1 day ago
Houston Artist DeeBaby Releases New Video For “Only The Ese’s”
1 day ago
Jay Worthy & Harry Fraud Release New Album ‘You Take The Credit, We’ll Take The Check’
2 days ago
Former Playboy Carti Signee Swoosh God Returns With New Single “Nothing To Say”

Portland artist ROBy drops off his latest full length project,Â Cartoon Summers. Born in South Central LA, the 23 year old Eritrean rap artist grew up in a neighborhood corrupted with violence and struggles. Seeking a better environment for their children’s future, Bereket’s parents packed up and moved to Seattle, Washington, before eventually landing in Portland, Oregon.
ROBy started writing music at the age of 13, but didnâ€™t pursue his dreams full time until the age of 17. When he’s asked about music influences, he seems to bring up east coast rappers more often than one would think for LA born artist. He quotes, “I was raised around west coast music, but always respected the east coast and what they have done with hip-hop in the last 30 years, my favorite rapper ever is Nas”. Also, Rob draws influence by Â Big Brit, Frank Ocean, Andre 3000, Big Sean, Kid Cudi and Jay-Z.
Since releasing his first project Center Stage in 2011, ROBy has been making waves opening for acts including Nipsey Hussle, Meek Mill, Jeremih, YG, and many more, plus gracing the stage in front of thousands on his recent college tour. Having worked with some of Portland’s top producers including the recent Warner Bros signee TYus, it’s obvious ROBy possesses the ear and attention to detail that could also take his music the next level. With an energetic live show and bold, aggressive rap style it’s easy to see why ROBy is another rising star to look out for in the Northwest scene and beyond. StreamÂ Cartoon SummersÂ below and tap in withÂ @iamroby93Â on Twitter. 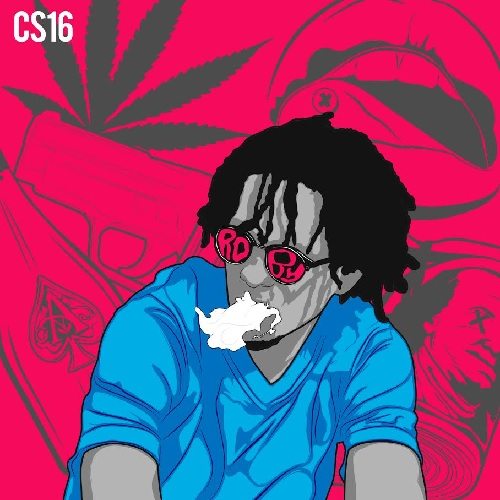