C Wells might not have tracks on your phone yet, but heâ€™s trying to reserve some space in the future. This young emceeÂ reps Lynn, MA an area just outside of Boston; its nicknamed the â€œCity of Sin,â€ and the fact that Boston gangster films Black MassÂ and The DepartedÂ  were both filmed there, should give you an idea of the burg. Wells is set to be the star that sheds light on this vice cityâ€™s burgeoning hip-hop scene.

C Wells, dropped an 8-track mixtape of freestyles entitledÂ Dear, SummerÂ in July 2016, on which he murked the seasonâ€™s biggest beats which started anticipation for his just released debut album Before The Tour Bus. The project illustrates the grind that goes into a successful career; prior toÂ stardomâ€™s inevitable arrival. Not to mention, it is hosted by Mr. Co-Sign himself, Don Cannon. Before The Tour Bus includes features from G Herbo & Dave East and production from C-Sick. 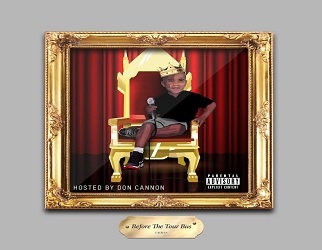