B.U.M. Entertainment has a new web series titledÂ â€˜S.I. Liveâ€™. The web series chronicles the life ofÂ Bleed Delgado the crime boss spent five years in prison and has now been released. Every good series should have a soundtrack and ‘S.I. Live is no different. 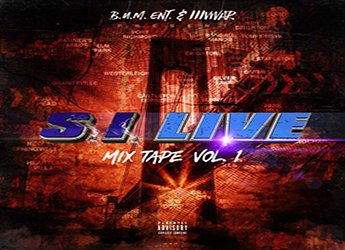