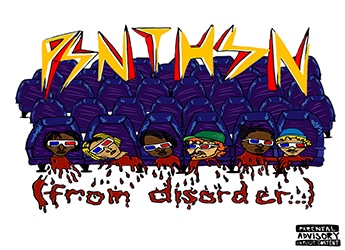 The PNTHN drops off their new mixtape titled ‘[from disorder…]’.

Making their debut on SpitFireHipHop today is ‘The PNTHN‘. The PNTHN is a local rap collective out of San Marcos, TX. This is the collectives first release in the way of this mixtape titled ‘[from disorder…]’. They have released the mixtape after working on it over the past year. The mixtape consists of 13 tracks that will give you a good idea of what the collective has to offer Hip Hop.

A few of our favorites are: ‘Pop That, Don’t Stop,’ ‘Skip School,’ and ‘ZaBoomazooted.’ Take a listen to ‘[from disorder…]‘ and let us know what you think.