Keeping his political consciousness alive, Long Island rapper King Myers liberates the official artwork for the next single from his newly released EP, “King of AmeriKKKa”. The follow up single “Shorty Got Goals” is an ode to females of all types, a record specifically for the empowerment of women.

Following the theme of “AmeriKKKa” (white / racist / hate-filled America) which is alternative spelling for “America”, the artwork is based on the American wartime poster, “We Can Do It” which was produced in 1943 as an inspirational image, but wasn’t publicly used until the early 1980s to promote/praise feminism, strong female war production workers, & other political issues. The difference between the original poster & King’s artwork is, the original had a Caucasian woman who was called “Rosie the Riveter” on it. 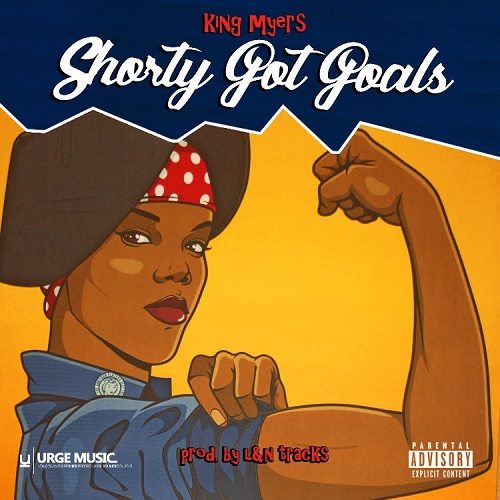