With the major success that came with Burna Boyâ€™s hit track, ‘Soke,’ Wale has decided to jump on the afro-beat tune for thisÂ freestyle.

Soke was released in 2015 and gathered a lot of buzz, ultimately making it a favorite ofÂ many even 2 years later. The freestyle by Wale couldnâ€™t have dropped at a better timeÂ as Burna Boy is still on his music tour in London since the start of February,Â Wale tweeted that he might drop the freestyle sometime in 2016 and has since then keptÂ the fans waiting and wondering when itâ€™s coming. Say no more, check out the freestyleÂ Wale did on Burna Boyâ€™s afro-beat hit, ‘Soke’ and share your thoughts on it. 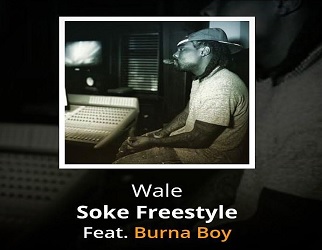