BigBob connects with five emcees who are out for blood onÂ ‘Samurai Killa’.

Five Warriors enter the Shaolin Temple to kneel at the altar of lyrical style and flow. Big Bob‘s powerful beat serves as the dojo on this Wu-Tang inspired track, where Tony Gore, St. Laz, Daddie Notch, Skanks the Rap Martyr and Mic Handz join forces against those who would challenge them for the ultimate title of ‘Samurai Killa.’ Listen to the new single below and leave a comment. 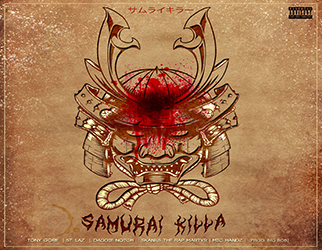