David Banner is a name that needs no introduction in most rap circles, in the early 2000â€™s Banner stormed the scene from his home state of Mississippi â€“ where no rappers had traditionally come from before him. He touted himself as not only a ferocious rapper, but also a producer â€“ self-producing most of his work, as well as work for others (T.I., Lil Wayne, Snoop Dogg, Ludacris, Maroon 5, Chris Brown and many others), including, ‘Like a Pimp’Â and T.I.â€™s hit, ‘Rubberband Man‘. It quickly became apparent that Banner was a force to be reckoned with; especially when it came out that he was a few credits short of receiving his Masterâ€™s Degree in Education. Since then, Banner has gone on to star in major motion pictures (Black Snake Moan, Stomp The Yard, The Butler, Ride Along among others), release music, produce for others, and also start a new career as a keynote speaker.

It has been seven years since David Banner released an album (Death Of A Pop Star with 9th Wonder), which was done by design. He took his time to create The God Box, as he was fueled by the people he encountered on his speaking tours, he wanted to create something that spoke to the experience that black men have in this country â€“ decidedly political, potentially even antagonistic, but thatâ€™s Bannerâ€™s style. He has never been one to let his thoughts or ideas sit idle. When asked what The God Box is Banner states â€œitâ€™s more than an album, itâ€™s an art exhibit. Itâ€™s sort of like a secret. Itâ€™s something that people are going to have to come to their own conclusions on. Everyone will get something different out of the album; and Iâ€™ll let the listener decide what that is.â€

Today, David Banner releases â€œMagnolia,â€ which takes on a different connotation from the official nickname for the state of Mississippi; Magnolia State (named as such due to the plentiful abundance throughout the state of both the flower and tree). â€œThe song represents the relationship of trees in Mississippi and Africans throughout historyâ€ Banner stated to Hotnewhiphop. â€œThe taller the tree, the broader the story, the shorter the tree, the more personal the perspective is. My verse is about the relationship of the magnolia tree and Africanâ€™s during slavery.â€

â€œThen she started to tell me how she was used in the lynching of blacks/branch cracked/broke her arm just so his neck wouldnâ€™t snap/and if I would not have rapped/Iâ€™d probably meet the same damn fate/from the same damn rope/Iâ€™m about the same damn weight.â€

The God Box features an all-star cast, including Cee-Lo, Raheem DeVaughn, Big K.R.I.T, Black Thought, Trinidad James, WatchtheDuck & Big Rube and while Dave handles the production on half of the album himself, he also enlists production from DJ Khalil, DJ Swiff, Chris â€œTHXâ€ Goodman and more.

David Bannerâ€™s The God Box will be released on 5-19-17 Via EMPIRE and includes a 24-page booklet with lyrics and art for each song. 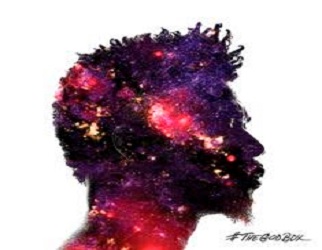