Gunplay is back with new single,Â ‘Patience’.

While Gunplay started his career as a member of Rick Rossâ€™ MMG imprint and hip hop group Triple Câ€™s, his unique flair and style; barking out memorable punchlines based on money, murder, and drugs has undeniably helped him carve out his own niche.

After numerous mixtapes and his debut album on Def Jam, Living Legend, which debuted at #11 on the Billboard hip-hop chart and featured collaborations with Rick Ross, Yo Gotti, YG, Stalley, Curren$y, DJ Mustard & Tyler Woods, Gunplay has linked up with Real Talk Entertainment for his second studio album, The Plug, which will be released on June 9.

Staying consistent for his fans, Gunplay delivers yet another raw and authentic street album with The Plug; a nonstop gangsta party that is intrinsically connected to the streets, but also laced with infectious club bangers that will surely appease his burgeoning fan base.

After announcing the new project with the lead-single, ‘D-Boy Fresh,’ Gunplay returns with the second single â€œPatience,â€ from The Plug.

Listen to Gunplayâ€™s ‘Patience‘ below. 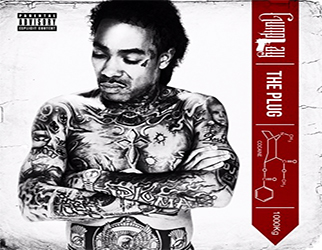