Marco Lavell debuts on SpitFireHipHop with his new single,Â ‘Run It Up’.

Marco Lavell shares his new single titled ‘Run It Up’ produced by the buzzing producer duo Nard & B.Â  Influenced by the likes of T.I., the eclectic blends of AndrÃ© 300 and Eminem, and the poetic essence of 2pac; all of those artists took risks in life and parlayed opportunities through multiple mediums with music, film, fashion and franchising.Â  Marco has the look and sound to parlay some of those same opportunities, all while coming out of Tulsa, OK where not many artists have hailed from. 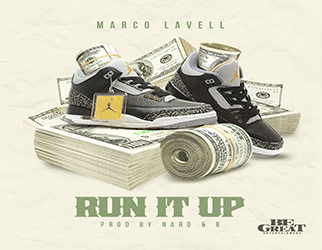