As a forever present unofficial-turned-official member of Slum Village, producer/rapper Young RJ has twice been entrusted with continuing the legacy of Detroitâ€™s most important rap group. But with a prosperous music career behind the scenes and officially as part of the group, heâ€™s ready to speak for himself with his solo debut BLAQ ROYALT.

After Slumâ€™s last world tour, RJ returned to his Detroit studio and began preparing his solo-debut. Music fans have depended on Young RJâ€™s ear and with BLAQ ROYALT he delivers; as always.Â  â€œCreating my first solo project gives me a different sense of freedom and although my music is based on the Slum Village philosophy of sound, people will now get insight into one of the men behind the music,â€ states Young RJ.Â  BLAQ ROYALT is self-produced and includes collaborations with BJ The Chicago Kid, De La Soul and as â€œWaitâ€ suggests, Pete Rock and Boldy James and will be released this summer.

‘Wait‘ finds the artistsâ€™ delivering three verses from different perspectives; RJ waxes poetically about trying to make it in life, but not exchanging your soul for it, Pete salutes the strength of his family for helping him survive the music business for two decades and Boldy James narrates his struggle on how hip hop kept him from becoming another statistic on the streets of Detroit. Listen to ‘Wait’ featuring Pete Rock and Boldy James below. 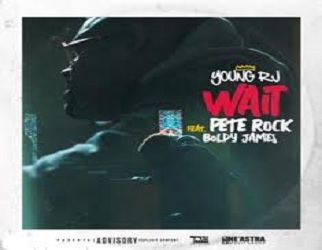