Black Rose debuts on SpitFireHipHop with their new ‘Vows’ single.

Canadian rappers Audric Rose and K.Skriptz have joined forces as Black Rose, presenting ‘Vows‘, the first single from their forthcoming album She Loves Me She Loves Me Not, a mixture of hip-hop lyrics and R&B melodies featuring guest appearances from fellow Ontario artist Lord Randolph. Audric’s last solo project was 2014’s XXV and K.Skriptz recently released the single “You The 1” also featuring Audric, which will also be included on She Loves me She Loves Me Not.

Also a singer, songwriter and engineer, Audric is currently executive producing solo projects for both Skriptz and Randolph, as well as working on a new solo album. “I know I’m destined to put my stamp on the game and this Black Rose project is just the start of it,” he says.

‘Vows’ addresses the topic of relationships, as does the entirety of She Loves Me She Loves Me Not, specifically “the roller coaster ride of emotions that a man and woman go through on their journey through love.,” says Audric. “Music that’s relatable to anyone who’s ever had a significant other at some point in their life. The beauty of this album is that there should be a situation on at least one song that is relatable to the listener’s life at some point or another.” 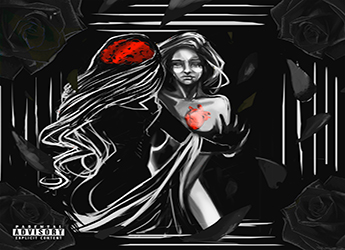