King Tate and Starlito join forces for the ‘Get To Me’ remix.

Hailing from Arkansas, King Tate links up with Nashville rapper Starlito for the remix to his hot single ‘Get To Me‘.Â  The two teamed up on the hit single after a successful release of King Tate’s recent mixtape ‘Manslaughter’. Â Listen to theÂ The Beat Plug produced single below. 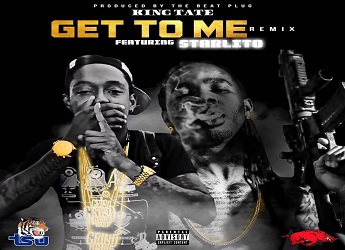