Prospectt joins Tory Lanez for this new fire track titled ‘News‘.Â When asked about the making of this track, Prospect said the track came about through a mutual appreciation of, well, a dope beat: “Tory and I were in the studio together vibing to some music, I was playing him some records and he heard news and was like yoo load that up that shit is crazy and jumped on it.” 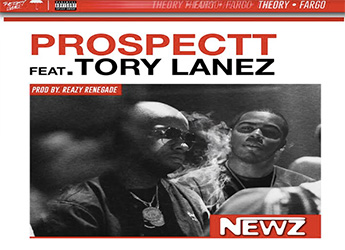