Mugen The Human debuts on SpitFireHipHop with ’77 MPH’ produced by DJ-Sun.

DJ-SunÂ is a Baltimore grown scratch DJ currently based out of Philadelphia. From working with many various artists both in the studio and on stage, Sun is able to hand pick the best artists in the underground to curate dope sounds and collaborations.

Sun’s latest release, “77 mph” is the second release off ofÂ DJ-SUN‘s three track 2017 roll out. ‘77 mph‘Â features Mugen The Human,Â a Chicago based lyricist that commonly goes for the lo-fi sound, and Dazay,Â a Harlem based lyricist from a collective calledÂ The Vagabondz. 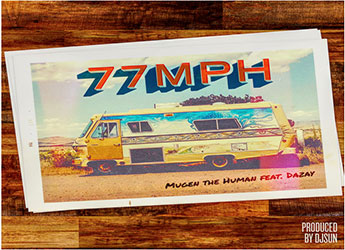