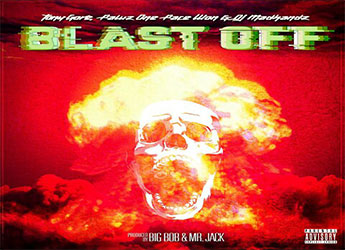 His rhymes and penetrating lyrics reinvigorate hip-hop with endorsements from Pawz One and PaceWon on the track. ‘Blast Off’ is a display of cohesive vocal flow with satisfying aural production from highly talented music producers Bigbob and Mr. Jack and contagious cuts provided by DJ Madhandz. Reverberating with a lifting nostalgic tone, ‘Blast Off’ represents a quintessential expression that will resonate with hip-hop enthusiasts old and young.