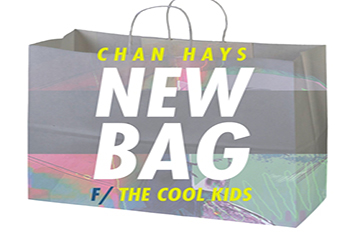 Canada, similarly to the US, has several cities that are its hip-hop hot spots. While there is not nearly as many, and nor are they nearly as saturated with artists, most music fans can name at least an MC or two from Vancouver, one or two from Montreal, and maybe three or four from Toronto. However, unless you are a Canadian, or are deeply into underground hip hop from the late â€˜90s, you are not likely to know that Halifax, Nova Scotia boasts an established scene full of talent.

Yep, you guessed it; weâ€™re mentioning all that because ChanHays is a Halifax native who was a part of that scene with his groupÂ Something GoodÂ in the early â€™00s. He eventually left the group with the goal to spread out and work with heads from all over. And that is exactly what he did. On top of working with some of the best MCs Canadaâ€™s East coast has churned out (Saukrates, Ghettosocks, TaiChiChi), he went and got all our favorite true school MCs from across the US for his upcoming album,Â Here. There is so many dope names, we arenâ€™t even going list them, I am just going to hit you with the impressive tracklist below.

ChanHays had this to say about the variety of sounds and depth of talent on the project: â€œI wanted a wide range in the sound to showcase my production. I feel I can do it all. That said, thereâ€™s a continuity throughout the tracks and the artists featured. These are artists Iâ€™ve been a fan of for years and I think Iâ€™ve given them backdrops on which they can really flex.â€

‘New Bag,’ which features the in-demand duo of the moment, The Cool Kids. If you didnâ€™t know, Chuck Inglish and Sir Michael Rocks dropped their reunion album last Friday and it shot straight to the top of the iTunes Hip-Hop Chart. The Kids play their part and kick lavish raps with as much nonchalance as humanly possible.