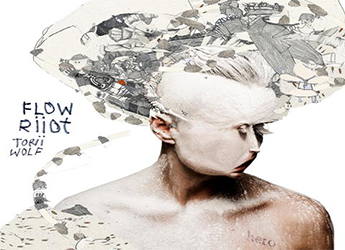 Before Flow Riiot is released on 9-29, Torii Wolf lets go of one final track, ‘Pain Killer,’ which was exclusively premiered by Highsnobiety.Â Produced by Mike Zombie (of Drakeâ€™s â€œStarted From The Bottomâ€& DJ Khaledâ€™s â€œThey Donâ€™t Love You No Moreâ€ featuring Jay-Z, French Montana, Meek Mill & Rick Ross fame), â€œPain Killerâ€ is the audio equivalent of an opioid, replete with Toriiâ€™s pleas to euthanize her anguish, yet so ultimately stimulating it creates a high you canâ€™t stop craving.

‘Pain Killer‘ is a very intense record for me emotionallyâ€ Torii emphasized to Highsnobiety. â€œI love the track that Mike Zombie created; his productions are dark and deep and that really resonates with me. I want people to connect with this song on a level of compassion and understanding. Falling in and out of love. The strong similarities to the high you get from being intimate with another person. Co-dependency. Vulnerability. There is space and emotion in this record. I did it in one take, so my raw emotion is immortalized here.â€

‘Pain Killer’ is definitely the most left field production people will have heard from me so farâ€ Mike Zombie stated to Highsnobiety. I sampled “Nathan King- Gone Away” a musician that I really like and it really gave the production that feel to that airy, open vibe. When I heard what Torii had done to the record I was in awe. Not to be clichÃ©, but she really embodies pain in her voice alone. When I spoke to Premier I was one honored to even work with him, but more honored that he respected the craft enough to let me mix the record. Not too many producers get to mix they’re records nowadays and it was my first time ever doing it and getting the opportunity to do it with him for the first time is a true accomplishment.â€