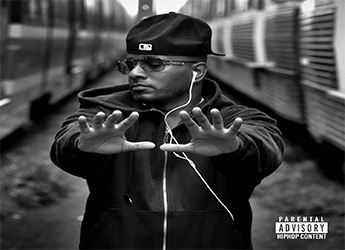 REAK released his first solo project at the end of September. The French artist makes his debut on SpitFireHipHop with this new single titled ‘KRS‘.Â REAK is a pioneer in French rap since 1986,Â member of the legendary French group, NTM, then of one of the most fiery and innovative Rap band in France: PSYKOPAT. You can find his project here for purchase.