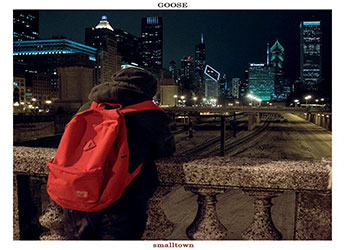 Goose returns with ‘Put Me On’ featuring Ash Wednesday.

Even though Goose is â€œfrom the state where Cam used to get it in,â€ he has spent the past few years trying to make a name for himself in Chicagoâ€™s thriving hip-hop scene. In recent years the Chicago Renaissance has blossomed countless talented and exciting performers, which can make it difficult for a new artist to stand out. But on Gooseâ€™s latest single, titled â€œPut Me On,â€ heâ€™s up to the challenge.

Goose taps Chicago vet Montana Macks (Rich Jones, Vic Spencer, Second City Citizens) for a neck-snapping boom bap beat, over which he raps about his struggles as an emerging artist. Though he feels overlooked as a rapper, Goose is never bitter on the track and maintains a sense of humor about his lack of clout: â€œWe never made it to Southby, so local they donâ€™t here me on the south side.â€ Ash Wednesday also adds her unique wordplay and effortless swagger over Macksâ€™ â€˜90s-influenced production, while Ano Ba contributes additional vocals to the trackâ€™s outro.