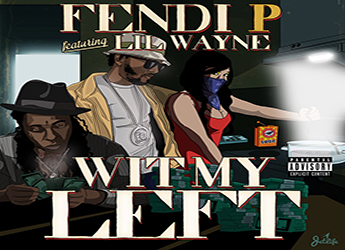 Born and raised on the East Side of New Orleans, Fendi Pâ€™s (FKA Corner Boy P) unique voice and lifestyle raps caught the attention of Curren$y who brought him into the fold of his Jet Life Recording imprint where he has resided for the last few years.

After dropping numerous mixtapes, the first Jet Life recording artist will release his official debut album, Late Nights, Early Mornings, on 5-11-18 via Jet Life/EMPIRE. Late Nights, Early Mornings is the embodiment of years of grinding; and also promises to make Fendi a household name. â€œThis is my greatest work to dateâ€ Fendi stated to Complex. â€œIâ€™m excited for people to hear it and hear how much I have progressed.â€

While the name change may throw fans off for a second, it was part and parcel of his evolution as an artistâ€”and as a person.Â  â€œAs Corner Boy P, fans got to see me grow and develop as an artist.Â  However, there are things I want to accomplish as an artist and as a man.Â  I want to share my story and be a mentor in my community.Â  If I want to visit a school as Corner Boy P, I do so with pre-conceived ideas of who I am and with negative connotations.Â  So moving forward, its Fendi P; we all grow and mature.â€

Late Nights, Early Mornings lead single, â€œWit My Left,â€ which was exclusively premiered by Complex is a home team and family affair.Â  â€œThe song came about on tourâ€ Fendi commented to Complex.Â  â€œI was in the studio banging out records and this track was different then what I was doing on mixtapes; it was next level.Â  I knew it needed Wayne on it and Iâ€™ve always wanted to work with him.Â  When I was in school we always used to argue who the G.O.A.T. was and thatâ€™s what Wayne is too me.Â  I always go home team!Â  Shout-out to Mack Maine!â€

Fendi Pâ€™s Late Nights, Early Mornings will be released on May11 via Jet Life/EMPIRE.