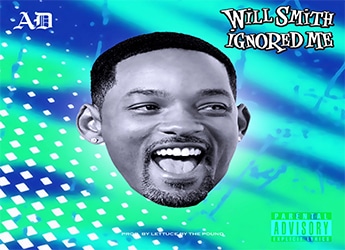 AD drops this new single ‘Will Smith Ignored Me’ prod. by Lettuce By The Pound.

This is NOT a diss to Will Smith. AD releases a comedic follow up “Will Smith Ignored Me” to his buzzing single, Will Smith which released in March at SXSW. The Compton spitter pokes fun at Lil Tay’s brother manipulating her, Whoa Vicky dissing Snoop and the ongoing beef with 69 and Trippie Redd.

This is just a fun creative way for AD to express his feelings.Â  The prodcution for this single was provided by Lettuce By The Pound.Â  AD is set to release a new album very soon.

Related:Â AD – Will Smith (prod. by Lettuce By The Pound)