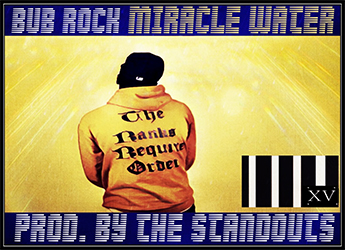 Long Island’s own Bub RockÂ drops off his new single ‘Miracle Water‘. The new single was produced by The Standouts. Bub Rock displays the crazy slow flow on the single so everyone will understand his every word.

Look for the new album from Bub Rock and The HistorianÂ  titled “Fly Polar” set for a late June release. Let us know what you think in the comments below.