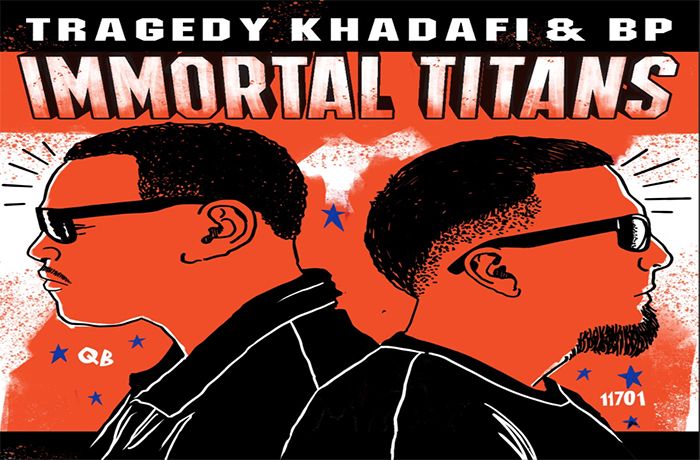 Tragedy Khadafi and BP have joined forces to create a full length project “Immortal Titans.” The duo have released their first single “Upper Echelon” which is the perfect set off to their arrival as a group. Tragedy blesses the BP banger with his signature QB style with lines like “Strike your windpipe my darkness dimming your light/We the titans in this game immortalizing mics”.