Warren G. announces an upcoming tour in celebration of the twentieth anniversary of his platinum hit single “Regulate”. 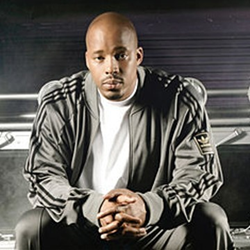 Warren G announces an upcoming tour in celebration of the twentieth anniversary of his platinum hit single “Regulate”. Warren G is one of the founding fathers of the G-Funk Era and he always gets crowd moving with his live performances of his hit tracks and some songs he is featured on such as Snoop Doggâ€™s â€œAinâ€™t No Fun (If The Homies Canâ€™t Have None)â€.

Growing up in Long Beach, California, Warren G is one of the biggest names in the West Coast hip-hop along with his stepbrother Dr. Dre and his childhood friends Snoop Dogg and Nate Dogg.Â  In 1992 Warren made major contributions to Dr. Dreâ€™s album â€œThe Chronicâ€ including sampling for â€œNuthinâ€™ but a G-Thangâ€. In 1994 Warren received worldwide recognition as a solo artist when he dropped the smash hit â€œRegulateâ€ featuring Nate Dogg, which topped the charts and became Def Jam Recordâ€™s biggest single. The accompanying album â€œRegulateâ€¦G Funk Eraâ€ went triple platinum with â€œThis D.J.â€ becoming Warrenâ€™s second Top 20 hit. The album sold four million copies worldwide. Overall, Warren G has sold eight to ten million records and has been part of over fifty million records sold worldwide.Â