According to reports, Kanye Westâ€™s updated The Life Of Pablo album is hitting allÂ streaming services tomorrow (April 1st) after being exclusive to Tidal since its release.

The news comes a month after Kanye had declared that his album would â€never never never be available on Appleâ€â€¦or Spotify for that matter. Â In fact, Kanye even went to the extent of saying that â€you can only get it on Tidal.â€

Seems that Kanye has changed his mind, which wouldnâ€™t be the first time. Â Indeed, the album itself has had countless updates since launch, with Tidal scrambling to keep up. Â All of which feeds the massiveÂ circus that surrounds this rapper. 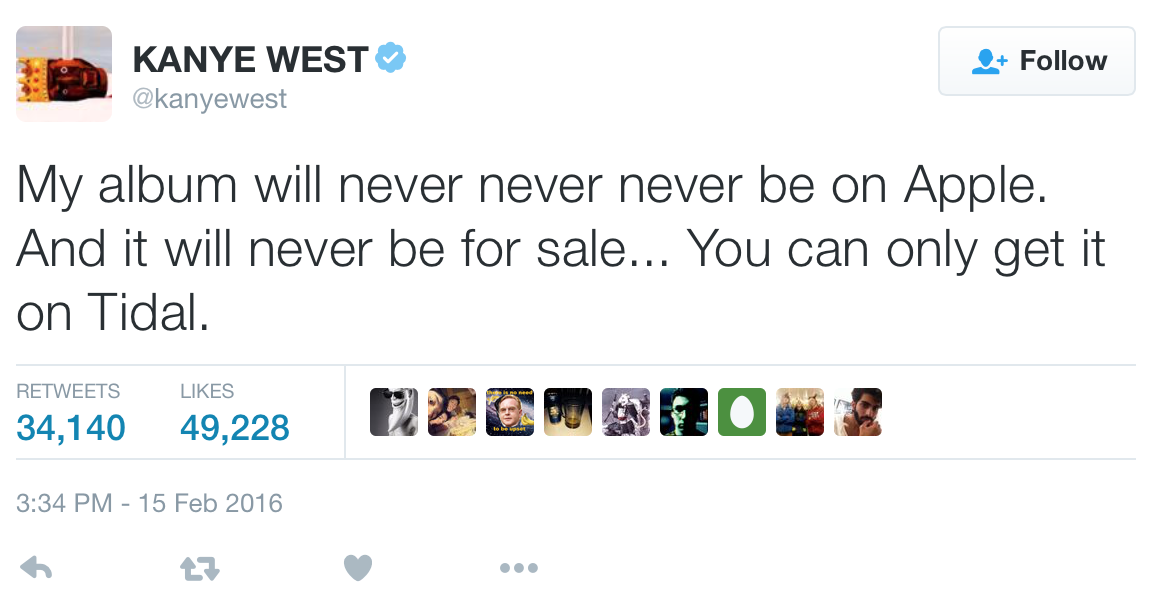 â€˜Famousâ€™ and â€˜I Love Kanye,â€™ Â the two most popular songs from the album, are already available to stream on Apple Music and even made it to Soundcloudâ€™s new music subscription service, Soundcloud Go.

Kanye West fans will be happy to hear the news. Â But considering that the album was illegally downloaded over half a million times in the first 24 hours alone,Â most have already heard the release.

Then again, nearly every song on the album has had an update. Â The modifications include additions of reverb, changes in background vocals, changes in the basslines, not to mention vocal balancing and updated freestyles. Â SoÂ those who have already heard the album may want to have another listen.

As Kanye so perfectly describes it, The Life of Pablo has been a â€˜living breathing changing creative expressionâ€™.