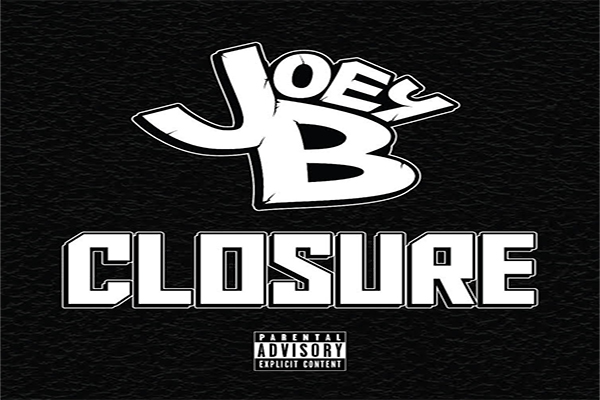 Joey B has announced the Official release date forÂ his sophomore LP titledÂ “Closure”.Â  The project will be available worldwideÂ June 2nd 2017Â through all digital media & streaming sites.Â  Physical copies will be available at various stores as well as directly onÂ www.JoeyBhipHop.ComÂ “Closure” is literally set up as a walk through Joeys Life, it starts out dark and works it’s way into a positive light, almost mirroring the transition in the Massachusetts emcee’s life.Â  The 15 track album featuresÂ Joe Budden, Kxng Crooked, Slaine, Pace Won, & Tsu Surf.Â  Stand out tracks include “Black List”, “Met The Devil” (Ft Pace Won) “Closure: One Last Conversation”(Ft.Â  Red Pages) as well as the fan favorite “Wrong Time” (Ft. Trev Rich & Red Pages).
On the road leading up to a successful album release, Joey B has also announced the pre-sale on his clothing line, a “Booty Shorts Contest” (which you can find out more below), and lastly he will be releasing the Official Joey B unisex fragrance by L7 Premium Fragrances which is currently in production.