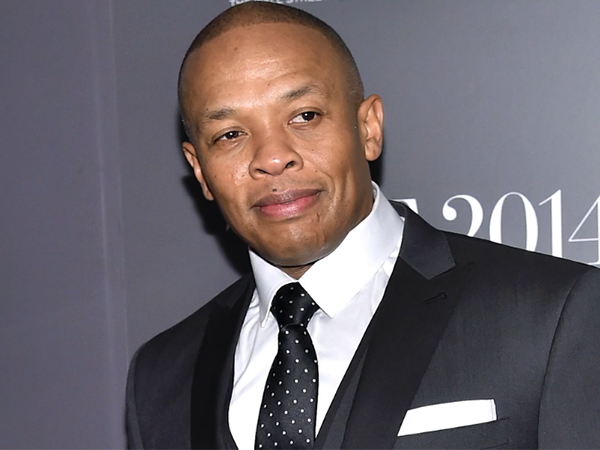 This isnâ€™t Dr. Dreâ€™s first venture in film production, though the Marvin Gaye retrospective will be a challenging undertaking.

The film is still in its early stages â€” make that very, very early stages.Â  But according to Variety, Andre YoungÂ â€” aka Dr. DreÂ â€” has already made more progress than his predecessors.Â  The Marvin Gaye biopic, which chronicles the legendary soul singer, has apparently received the approval Gayeâ€™s surviving family.

According to Variety, the green light also includes approval from Sony/ATV to use Gayeâ€™s music.Â  And weâ€™re assuming that recording rights are either sealed or coming soon.

The film will undoubtedly swirl around Berry Gordyâ€™s Motown, which played an important role in the development of soul music in America.Â  The recording company is known for artists including The Temptations, The Supremes, Smokey Robinson, Gladys Knight & the Pips, and Stevie Wonder, with Marvin Gaye cut from the same incredible cloth.

Marvin was a league if his own.Â  Songs like â€œI Heard It Through The Grapevine,â€Â  â€œHow Sweet It Is (To Be Loved By You),â€ and â€œLetâ€™s Get It Onâ€ remain in heavy rotation today.Â  Marvin was shot dead by his father in the 80s at age 44.

Getting the familyâ€™s approval is no small feat.Â Â F. Gary Gray, Cameron Crowe, Scott Rudin, and Lenny Kravitz have all unsuccessfully attempted to secure the blessing of the Gaye estate for a film.Â  The denials effectively torpedoed the attempts.

Dr. Dreâ€™s overtures were obviously better received, possibly because of his success with the 2015 release,Â Straight Outta Compton.Â  The smash hit chronicled the rise of N.W.A, of which Young was a critical member.

As for now, the Gaye film is merely a concept, though ifÂ Straight Outta ComptonÂ offers any preview, this will be a riveting, realistic look at musical history.