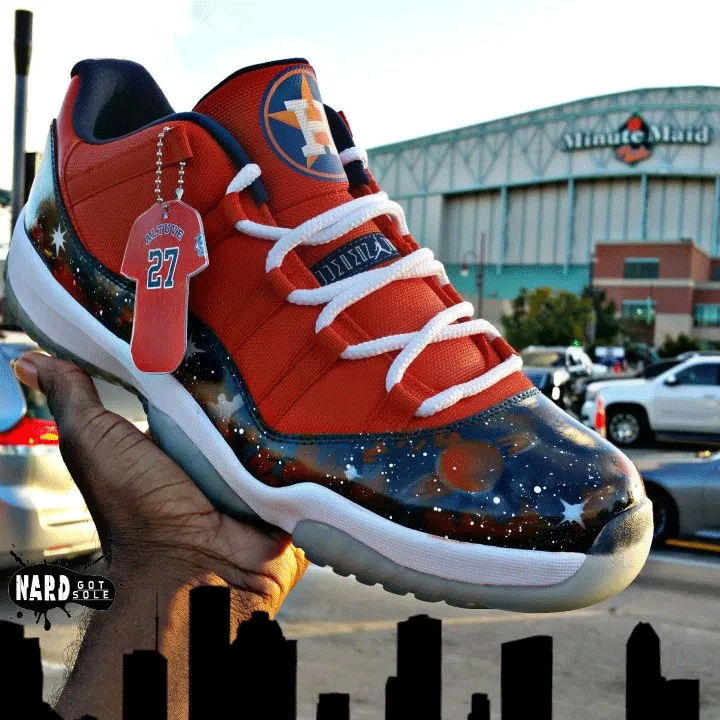 The last few months have been a rollercoaster of emotions for the city of Houston. From enduring the catastrophes of the hurricane season that affected the lives of hundred of thousands, Space City has something to smile about as its baseball team is set to square off against the LA Dodgers in the World Series/

A team composed of scrappy hitters such as Jose Altuve and a a pitching rotation led by an ace that is Justin Verlander, the Astros are more than just a baseball team for Houston. Theyâ€™re the embodiment. Resilience, tenacity and energy are not only characteristics of the team but rather those of the city.

Playing off all the above, Houston nativeÂ Nard Got SoleÂ took anÂ Air Jordan 11 LowÂ and dedicated it to the the Astros as they fight in their second World Series appearance since they were swept by the Chicago White Sox back in 2005. With the Astros logo on the tongue, an orange upper with navy blue and white accents, and a slew of stars and planets around the entire shoe, this custom is the perfect pair for the upcoming World Series.

Take a look at these one of a kind customs below and be sure to follow the artistÂ here. Will you be watching the World Series? Who do you have winning it? Let us know in the comments below. 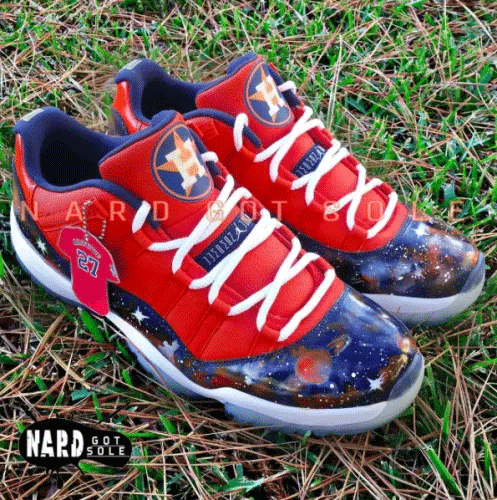