Kevin McGee is on hisÂ ‘Knight Shift’ on new single.

It’s been a busy few weeks for Kevin McGee lately. From his recent shows to attending the SXSW music festival Kevin has been on the move. Right before all the madness Kevin released a new single titled Knight Shift. Produced by TK, Kevin returns with a lyrical but catchy performance this time around. 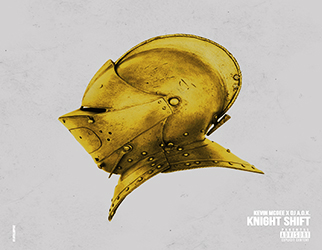