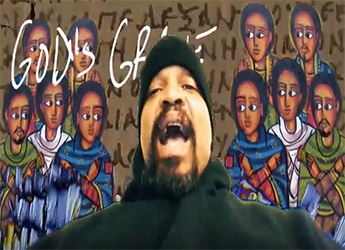 Mic co-founded GlobalFam, a non-profit project to create and maintain a computer center for disadvantaged youth in Burundi. Over 400 people have received free training. Mic also partnered with Education WithOut Borders (EWOB), which supports education, music and art initiatives in Portland and beyond and serves as an umbrella for the local Books For Prisoners chapter and GlobalFam itself. Mic has opened up for Public Enemy, Immortal Technique, KRS-1, Mos Defâ€¯andâ€¯The Roots. Mic’s previous projects include “Obvious” and â€œSuperheroesâ€ and he’s prepping a forthcoming EP.

Regarding the new single, Crenshaw says “it wrote itself. Beyond that, I identify the persecution and suffering of the oppressed as a spiritual journey for redemption set into motion by forces that predate our existence. As a Black Man or Woman or a suffering person, the process of overcoming is holy.”