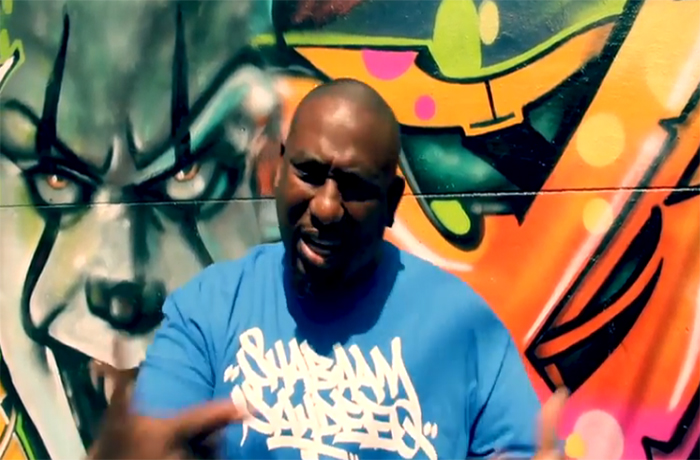 The aesthetics in this video are astounding and full of exhilarating graffiti. The video was shot and directed by the multi-talented Shabaam Sahdeeq with additional shots and edits by Tone Spliff. Graffiti the World pays tribute to the element of hip hop that lends so much expression of hip hop culture through art. We see a powerful bar exchange between El da Sensei and Shabaam Sahdeeq with some dope cameos from Jake Palumbo, Skanks Da Martyr, Stahhr and Hiphoppington. Graffiti the World is an anthem for Boom Bap enthusiasts worldwide.