G.Fisher has had a very consistent 2016, beginning with a DJ Premier produced single “Fish Over Premier” plus the Chris Rivers and Emilio Rojas assisted “Mercenaries” early in the year to A notable Sway In the Morning Freestyle with Young M.A, and a blistering showing on Statik Selektah’s Shade 45 radio show ShowOff Radio..
The D.I.T.C affiliate and Enterprize Ent label owner has consistently been featured on major blogs and has numerous records being spun on Radio stations from Hot-97 to Sirius XMÂ Radio.Â Last week Fisher decided to release seven previously unreleased songs in sevenÂ days as part of his #GFisherWeek campaign which was well received. Today he packaged all sevenÂ songs with a bonus track and new cover art into a free EP for the people.Â Check out “G.FisherWeek The EP below. 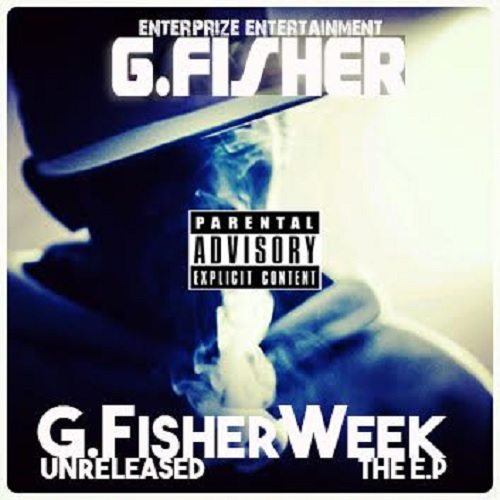