DJ BJ debuts on SpitFireHipHop with “Feed The Streets”, Vol. 1.

DJ BJ beganÂ taking piano lessons and drumming lessons at his local church. By age 15, he was invitedÂ to play drums professionally for a Gospel recording artist. By the age 17, he began usingÂ his knowledge of music performance and began producing music and bought DJÂ equipment. Ever since then, DJ BJ produced his own beats as well as producing music forÂ others.

DJ BJ had also broken many records by successful recording artists such as K Camp, RaeÂ Sremmurd, 21 Savage, Kap G, and many more in elite clubs around Atlanta like OperaÂ Nightclub, Enigma Lounge, and more. “Feed The Streets“, Vol. 1 is the first EP to be released by the DJ in 2016. It featuresÂ established and upcoming artists in the Hip-Hop community. Although DJ BJ remainsÂ an independent artist, the EP was released under Ruby Recordings. 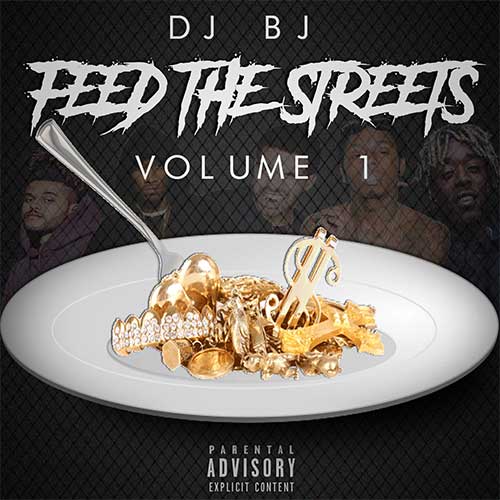