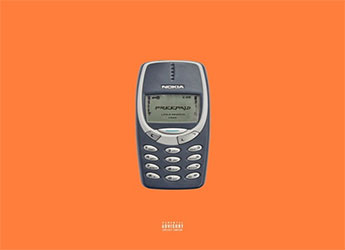 Layla Hendryx burst onto the scene in 2015 with her debut EP release â€œChannel 6â€ and immediately established her self as an artist to watch. Her genre blending sound infusing elements of hip-hop, R&B and trap caught the attention of fans and critics alike. Her single â€œB.T.Wâ€ was featured on episode 4 of OVO Sound Radio and quickly became a fan favorite off the project, while her music caught the attention of taste making publications such as: The Fader, MTV News, Complex Music and Vice / Noisey among others.

After a short break from releasing music, Layla returns with a 6 song EP titled ‘PREEPAID‘. The EP was produced in its entirety by Toronto based producer JMak, who also produced all of â€œChannel 6â€. The new project is a return to Laylaâ€™s aggressive lyricism with her signature ability to switch styles and genres effortlessly on tracks. Releasing the first single off the EP, â€œLive It Upâ€ featuring Pressa in June, look for Layla to continue to drop new music and videos.