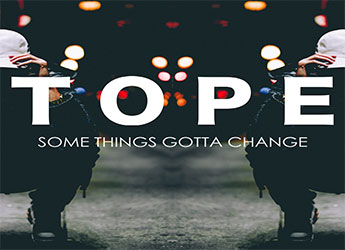 Tope says ‘Some Things Gotta Change’ with the release of his new EP.

Quietly TOPE hit the studio to recreate and resurrect some of the memorable songs from his ‘3AM In Oakland’ project. Instead of a full-length project, TOPE decided to shorten things up and focus on the songs that truly mattered to him. In an effort to make sure he would actually release the project and also as a way of turning his attention 100% to a brand new self-produced project, TOPE finally decided on a new EP, ‘Some Things Gotta Change‘.

7-tracks deep Oakland via Portland producer and rapper TOPE offers up his new soulful and introspective EP just in the time for the end of summer. SOME THINGS GOTTA CHANGE blends a mixture of light-hearted party jams with personal and emotional revelations, that every TOPE project has been known for. Produced by Portland’s Stewart Villain with additions from Farnell Newton, Zach Striar, and TOPE himself STGC also features the vocal stylings of Oakland’s own Cash Campain and Atlanta-based songstress Erikka J. With lead off summer singles like “Glo’d Up,” “The Man,” and How I Know” TOPE give listeners an update on how life in California has been treating him. While exploring the ups and downs of his relationships and moves on “Trying To Forget,” “Better Place,” and “Thank You” TOPE even takes time out to address the recent increase in police brutality on “Let Us Pray.” 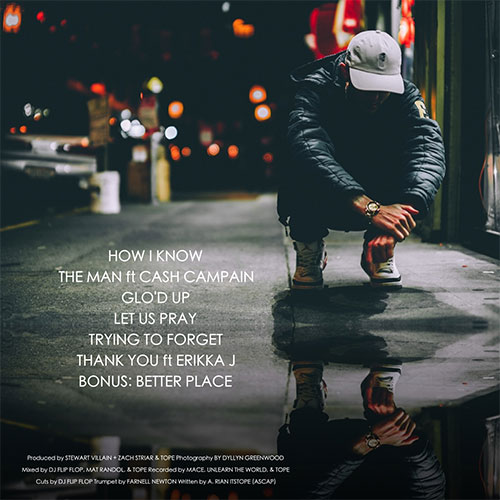