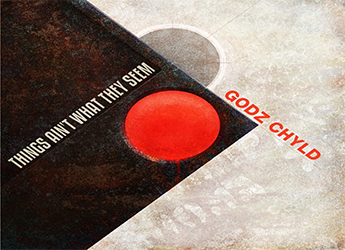 Godz Chyld returns today with his new ‘Things Ain’t What They Seem’ EP.

He recently released a video for his single ‘Crazy’.Â RebornÂ is the followup to their first collaborationÂ Forever. GC’s last release wasÂ Re-Member. “‘Thing’s ain’t what they seem’ is a feeling I was experiencing at the time I started working on this tape,” G.C. says about the inspiration for the new project. “Things usually don’t work out the way you expect them to. Sometimes it’s a good thing and sometimes it’s bad, but either way it’s never what it seems.”