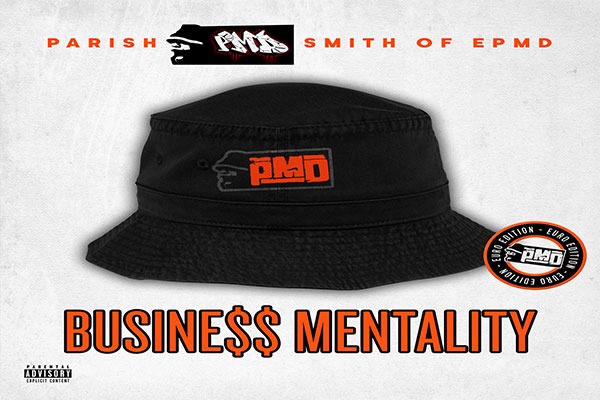 Parrish Smith (PMD ofÂ EPMD) has been building a solo career for more than 22 years. Three albums, starting 1994’s ‘Shade Business’Â showed just whatÂ PMD was able to do on his own, both as an MC and producer. Since 2003’s slept-on “The Awakening”, Parrish has been much more quiet than his partner on the solo tip. The new album brings the groove back to theÂ EPMDÂ sound and Parrish owns his greatness. The MC talks slick, lays out his accolades, and explaines just why his rhymes are ageless. The video single “Slow Your Roll” gives an early impression on the album entitled ‘Busine$$ Mentality‘Â which will be released October 6th on Goon Musick.