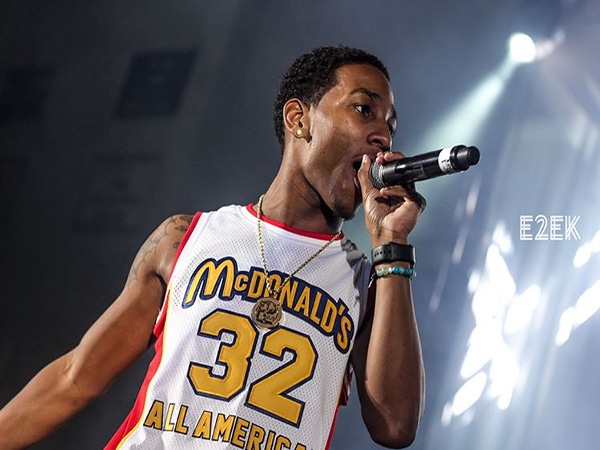 Atlanta radio personality and event host, Fly Guy DC is knownÂ for his outgoing and energetic soul that engages audiencesÂ all over. â€œWhatâ€™s understood does not have to be explained,â€Â is the mantra of the mavenâ€™s life, and he lets his actionsÂ speak for themselves. Affluent and successful host and radioÂ personality in one of Americaâ€™s party capitals, Fly Guy DCÂ has had the opportunity to entertain crowds at top clubs andÂ venues, and partnered with major organizations like theÂ Atlanta Hawks, Fresh Empire, and Footaction.

“I want my fans to take away that I love and appreciate the people that I entertain daily. I interact consistently to keep the foundation and relationship with them because I wouldnâ€™t be who I am today without them. The more I stay the same and never change, the more loyal they will be to me and stay following my journey.”Â

Whenâ€™s heâ€™s not emceeing, Fly Guy DCâ€™s passion for rockingÂ crowds and bringing people together with music as an eventÂ host have made him a driving force in the Atlanta social sceneÂ and across all major colleges. Heâ€™s hosted a multitude ofÂ events, from cookouts in the community to rocking massiveÂ collegiate events in arenas with 10,000+ people.

His work ethicÂ has put him in prestigious rooms with top acts like, Cardi B, Lil
Uzi Vert, Future, Nicki Minaj, KeKe Palmer, Migos, Nick Cannon,Â and TI to name a few.Â DC is also highly respected amongst his peers for his ability toÂ stay grounded and willingness to give back to the community.
He has helped put together pep rallies for schools andÂ colleges, participated in panel discussions, career days andÂ is part of his vision to teach the power of knowledgeÂ achieving lasting success.

Staying humble is key for his platformÂ and he credits his success to God, and his single mother thatÂ raised him.Â DC can be heard rocking Atlanta airwaves weeknights onÂ Streetz 94.5 (W233BF-FM) from 6-10PM EST alongside co-hostÂ Ferrari Simmons and Sundays from 3-6PM EST.