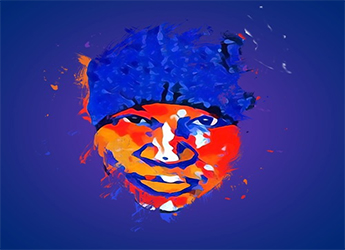 HugoÂ who is known in New York as the next rising star, announces the release of his new hit single â€œ8 or 9â€, which is off his forthcoming EP.Â  I had the opportunity to chop it up with the young artist about his new single, the inside scoop on his new EP, and his plan to become a chart topper!

MJ:Â  Before we get to what fans have been anticipating, letâ€™s take it back a bit.Â  As a teenager you were quite the local celebrity winning talent contests and even creating music in the studios. How did music first enter your life?Â  At what point did the epiphany hit that this was not just a hobby to passÂ time?

Hugo:Â Itâ€™s always been a part of my life. I remember as far back as 5 years old singing along to the radio and getting positive feedback from adults saying that I sounded good. In High School I realized I could possibly do this as a career.

MJ:Â You have quite the unique style of singing and your voice crosses over into many genres of music.Â  Although thatâ€™s an incredible talent, do you find it more challenging to be accepted into the world of Hip Hop and R&B?

Hugo:Â I think real fans of music across all genres will accept my style overall. Iâ€™m from New York City where there are so many styles, cultures, and types of music. All of that contributes and reflects my ownÂ style.

MJ:Â Ideally in the music scene the main goal is to become a household name, worldwide! What steps are you taking to achieve that?Â  Do you think that ties in at all with being receptive to artist development and guidance from past music veterans?

Hugo:Â My main goal is to make great music, everything else is secondary toÂ me.

MJ:Â Ok letâ€™s talk music! You have a hit single titled â€œ8 or 9â€ which is off your forthcoming EP. Can you share some inside scoop about the EP, without giving too muchÂ away?

Hugo:Â Without giving too much away, itâ€™s a sea of melody and eclecticism.

MJ:Â Now tell us about â€œ8 or 9â€, from the idea to the evolvement, to the final product.

MJ:Â Although still very early in your career, you have already worked with quite a few industry mixers. What major artists would you like to collaborate with or share the stageÂ with?

Hugo:Â I like the guys I work with now and I would enjoy to share the stage withÂ them.

MJ:Â  Take us on stage with Hugoâ€¦Give us three words to describe your stage presence.

MJ:Â  What is it about your style and flow that separates you from other artists?

Hugo:Â Iâ€™m approachable, humble, and honest. Everyone can relate to myÂ music.

MJ:Â As we wrap up letâ€™s give the fans a peak into your personal side.Â  Where would you like to tour? Whoâ€™s in your personal playlist? Who inspires Hugo?

Hugo:Â I would like to tour globally on cruise ships as well as on airplanesâ€¦ big ones like 747â€™s! But seriously Iâ€™m open to touring all over the world one day, I havenâ€™t seen most of it yet! My personal playlist varies but a little sample would be Ryan Leslie, System of a Down, The Carpenters, and MJâ€™s â€œOff the Wallâ€ album. Â As for inspiration that comes from my loved ones and their determination to succeed in a world where the odds are stacked againstÂ them.

Hugo:Â More of my music as thatâ€™s the best way I know how to express myself. Itâ€™s always been like that. You wouldnâ€™t know how I was feeling if we shared a conversation, but if you hear one of my songs youâ€™d know exactly whatâ€™s going on withÂ me.