The four bar quote below best encapsulates the lyrical theme of Funky DLâ€™s brand new album “AUTONOMY: The 4th Quarter 2”. As unquestionably one of the UK’s most prolific Hip Hop artists, Funky DL drops his first studio album since 2012 and the double-threat Producer and MC from East London takes the listener on a creative musical journey through rugged and authentic beats, jazzy grooves, soulful rhythms and atmospheric vibes; whilst lyrically expressing the long-player’s theme ofÂ  “self-determination”. The format of the album follows a ride on a subway train (as depicted by the artwork) where each new station arrival glues the album together with subway-announcer-esque interludes.

AUTONOMY showcases DL’s ever-evolving lyrical ability, highlighted in his storytelling on the track “Judas”, where DL discusses of the pitfalls of a drug dealer. All in all, this album truly demonstrates both the musical and lyrical maturity a Hip-Hop artist acquires when they dig deep and put nothing but their heart and soul into their art. Be prepared for a powerful and insightful tour into the mind of DLâ€™s audio wizardry and the lyrical â€œfood for thoughtâ€ this album intends to deliver to each and every listenerâ€¦

â€œSelf-determination, I decide who I wanna be, as long as Iâ€™m alive and I breathe then I wonâ€™t believe these universal lies that Iâ€™m only an accessory, just a commodity to another man’s necessityâ€¦â€ â€“ Funky DL (taken from the lead track â€œAutonomicâ€) 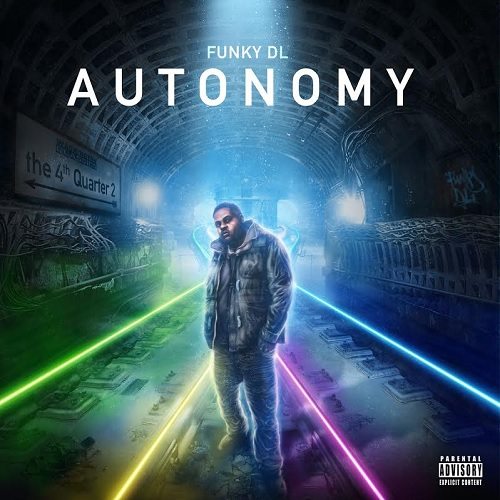