The first full-length from Mr. LifÂ and Akrobatik (The Perceptionists) in a dozen years reflects the struggles and near-death sagas that struck them. During that span, Lif miraculously survived his tour bus plummeting over a 38 foot cliff. Akrobatik weathered a sudden aortic rupture and emergency open-heart surgery. The impact of those experiences forced the former Def Jux duo to contemplate fate, luck, and their own place within a world spinning out of control.

But their ability to survive has allowed them to thrive. Theyâ€™ve harnessed a radiant hard-won optimism that refuses to flinch from the evils of existence. From the albumâ€™s first track, â€œEarly Mourning,â€ Akrobatik asserts that courage comes from within, but reflects on the millions of young black men sent to premature graves. He considers whether gang affiliation is inherent in their souls, or more likely, whether things would be different if these neighborhoods were well lit and effectively policed.

If turmoil and inequity currently wrack the globe at record levels, Lifâ€™s verses seem more prophetic than ever. His verses offer searing indictments of corporate and political corruption: corporations oppressing local farms, governmental duplicity in dealing with big pharmaceutical companies, and the crooked brutality of cops who get away with shooting unarmed black men.

On â€œHose Down,â€ the pair brilliantly intersperse news reports from the MLK-led Birmingham protests of 1963 with the internecine problems of the presentâ€”where a traffic stop can still lead to a funeral. Itâ€™s as poignant of a polemic as youâ€™ll find, but blended with a danceable Caribbean lilt.Â Listen to Mr. Lif & Akrobatik (The Perceptionists)Â ResolutionÂ full album stream below. 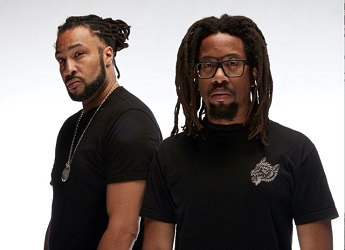